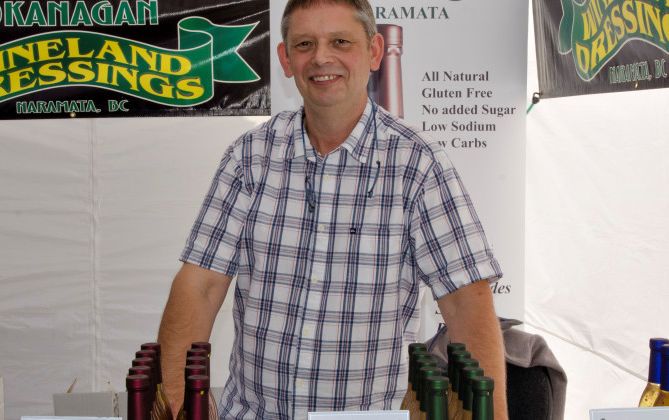 Peter met and married Valencia in London and after the birth of their first child decided to return to Canada and Penticton. He worked as Chef in several of the finest restaurants in the South Okanagan developing many of the products that Wineland Dressings now offer. Wineland Dressings was created because customers dining at Hillside Estate Winery constantly asked if they could purchase the salad dressings served in the restaurant. Being at a winery meant access to bottles and a retail sales outlet and so Wineland Dressings was born.